Look at the following four maps.  In studying these maps imagine what a map would look like that superimposed the racial land boundaries in the fourth map on top of each of the first three maps which show natural farming regions, annual rainfall, and topography/relief (remember that the high veldt land is the more desirable than middle of low veldt land).  What do they tell us about the racial distribution of land in colonial Rhodesia?   That is, who got the most desirable farmland and why. 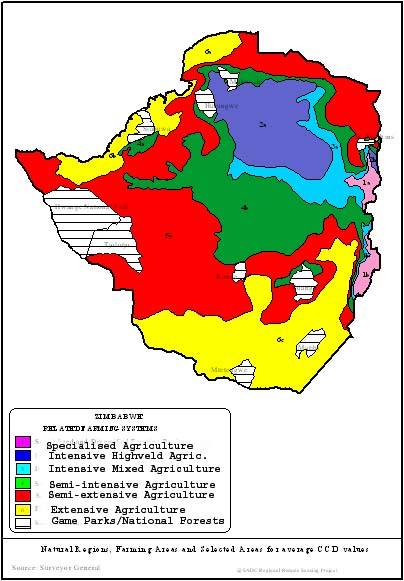 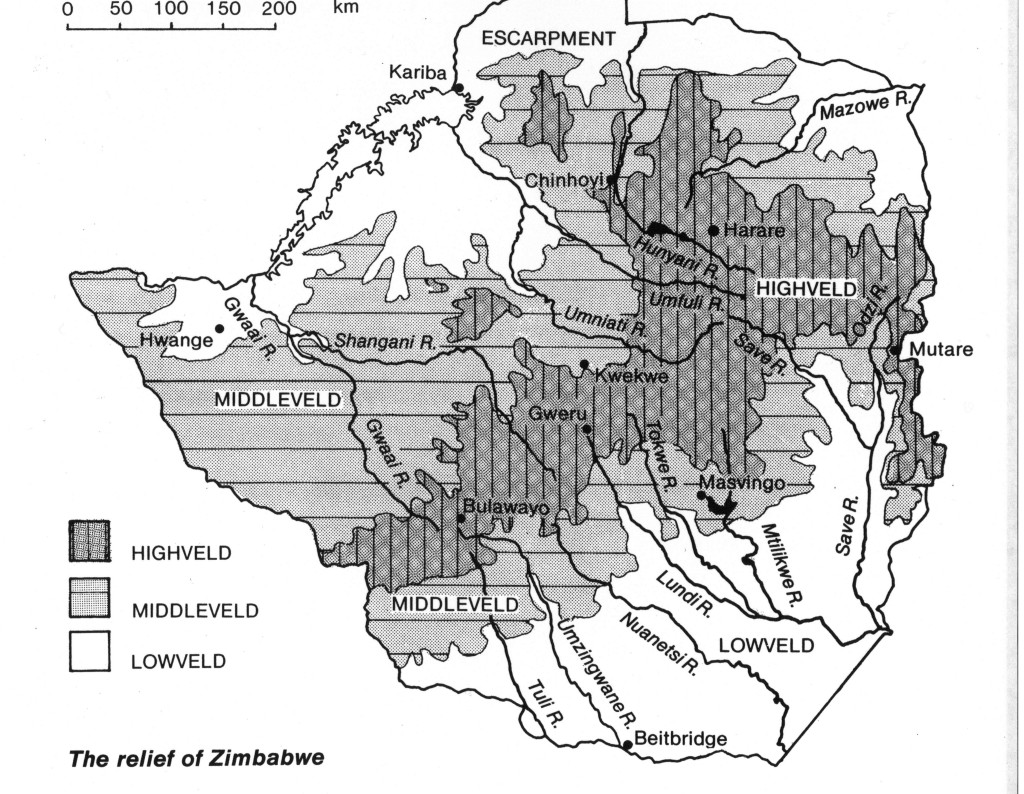 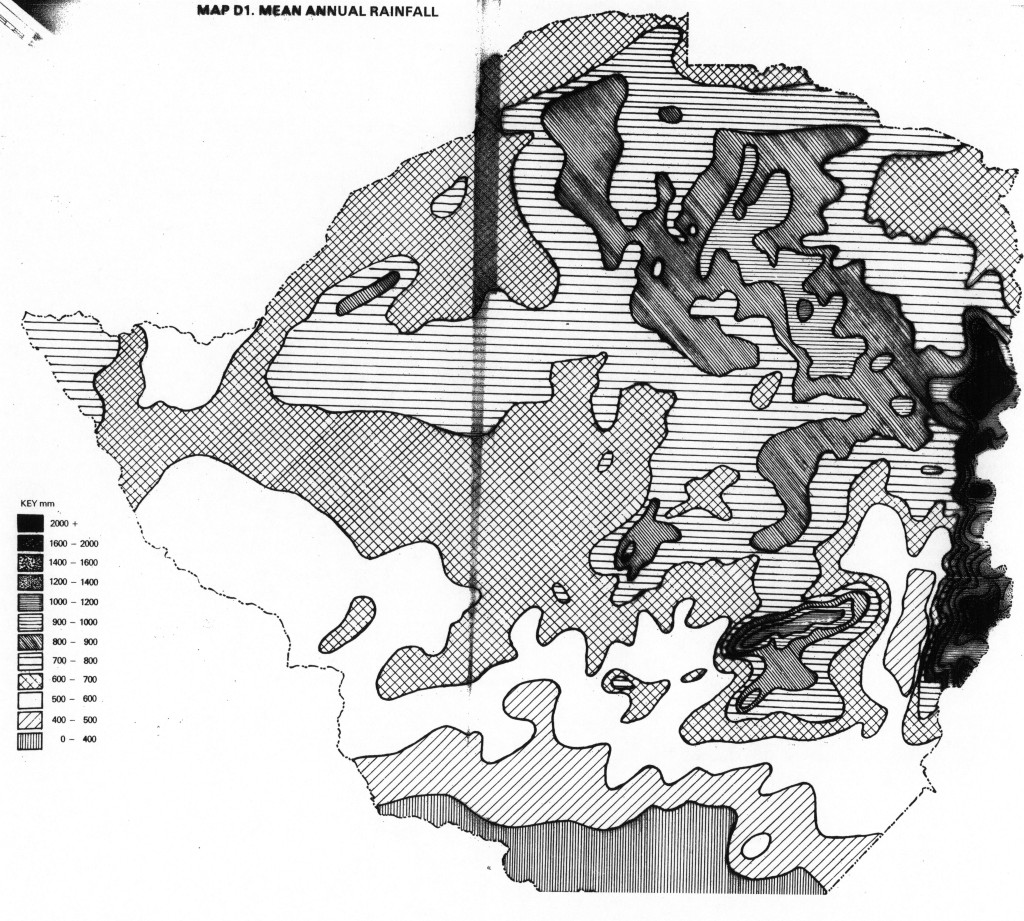 You can see from these maps that the vast majority of the desirable high-veldt land, the choice regions I and II, and the areas of most rainfall was classified as European land.  The following table further demonstrates that Europeans were given control over the best, most well watered areas adjacent to rail and major road network. 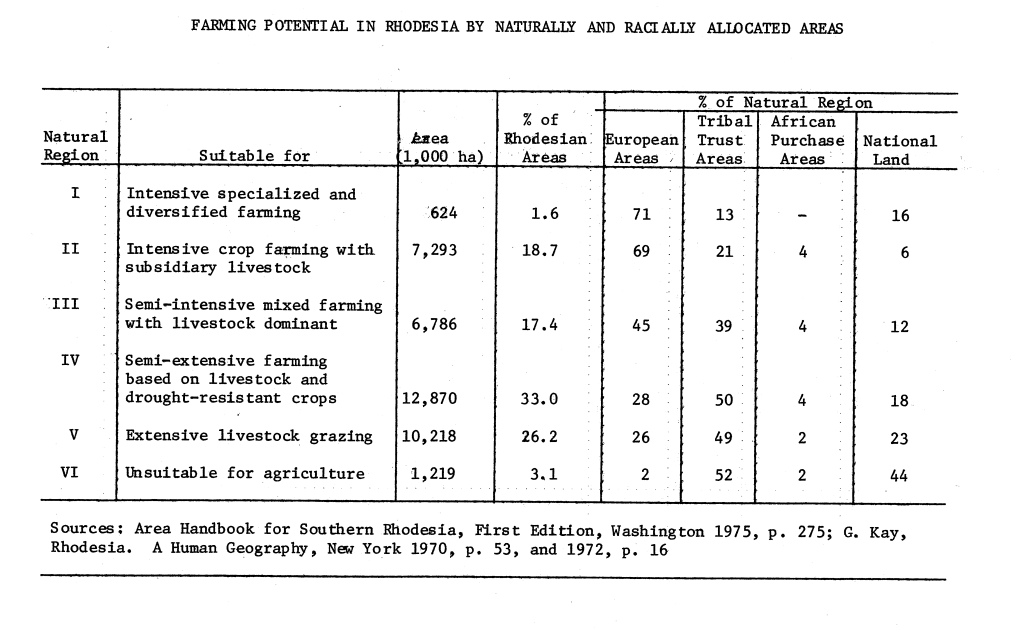