What is the most popular female team sport in Africa? For the 17 former British colonies in Africa the answer is most certainly netball. If you live in the U.S. or Canada you may not have heard of this sport which shares similarities with basketball. It is played on a basketball size court – normally an outdoor grass or cement courts when played in Africa. The netball is similar in size to a basketball, but no dribbling is allowed in the game. Quick accurate passing of the ball is key to the game which is played by teams comprised of seven players. Another major difference from basketball is that the basket has no backboard; consequently there are no lay-ups or shots off the backboard, just clean shots that go directly through the rim.

Throughout Africa one can find teams playing netball at rural primary schools (where the court is made of uneven grass surface), at more well resourced high schools in urban areas, at colleges and universities, and in women’s sports leagues.

To learn more about this sport you can visit the website of the International Netball Association at http://netball.org/game

To find out where netball is played in the U.S. go to
http://www.netballamerica.com/ 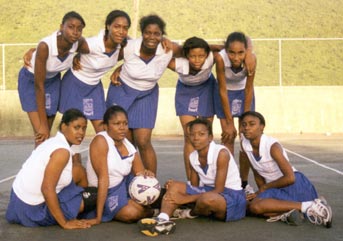 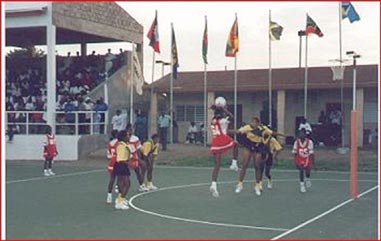 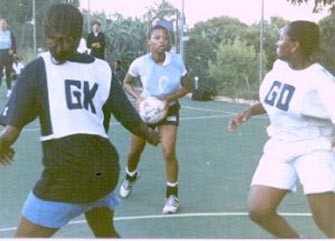