One the central themes that has been interwoven through the modules and learning activities of Exploring Africa is that Africa is globally connected. Although North Americans and Western Europeans knew little of about Africa south of the Sahara desert before the Fifteenth century C.E., for millennia Africa has had a rich tradition of interaction and movement -trade, ideas, and people -with western and southern Asia and the Mediterranean world.

Modules Seven A & B: African History provide details of the history of contact between Africa and the world beyond. Module Six: African Geography provides evidence of the movement of ideas, goods and people from to Africa. Module Eight: Culture and Society in Africa shows how African cultures and societies were both influenced by contact with outside worlds while concurrently influencing the external societies with whom they had contact. Module Nine: African Economies details a long history of trade and economic exchange between Africa, Asia, Europe, and more recently the Americas. Module Ten: African Politics and Government features a comprehensive look at colonialism -a nearly century long period where Africans were dominated and governed by European powers. Module Eleven: African Literatures provides examples of the rich contribution of African literatures to world literature. Similarly, Module Twelve: African Art and Module Thirteen: African Music demonstrate the exchange between African art and music traditions and traditions in Europe and the Americas. Finally, Module Fourteen: Religion in Africa provides evidence of the rich interaction between Christianity and Islam, religions that originated in neighboring Western Asia, and African indigenous religious traditions.

The current module further demonstrates Africa’s global interconnections by focusing on the history and on-going contribution in five countries of Africans in the diaspora. These five case studies are a few among many that could have been featured. And the movement continues. The Twentieth and early Twenty First centuries have witnessed a continued migration of Africans from every part of the continent to other areas of the world, but primarily to Western Europe and North America. A primary cause of these recent migrations relate to the deteriorating economic and political climate in many African countries that have been detailed in Module Nine: African Economies and Module Ten: African Politics and Government. Africans, unfortunately, are leaving their home communities in response to economic and political uncertainty. The reasons why Africans are migrating to Western Europe and North America are very similar to the reasons why Europeans and Asians migrated to the United States and Canada throughout the 19th and 20th Centuries.

In the past twenty years, the African population in the United States, Canada and Europe has increased rapidly. These new African immigrants bring with them skills and talents in science, business, medicine and the arts that greatly enrich their new home countries. This is illustrated by the fact that in both the United States and Britain immigrants from Africa on average have a higher level of education than do the citizens of these countries! Unfortunately, the contributions of these individuals are often sorely missed in their home countries.

African slaves taken to North and South America were unable to maintain contact with their home areas in Africa. Slaves were also not allowed to meet socially or form organizations in their host countries. However, after slavery was abolished in the Americas, many ex-slaves attempted to re-establish contact with Africa or people of Africans heritage in other communities in the Americas. This interest in Africa led some freed Africans to return to Africa has you learned in the previous learning activity. Other Africans in the Europe and the Americas sought ways in which they could learn more about Africa and assist Africa in its struggle against colonialism. Module Ten: African Politics and Government introduced the concept and movement of Pan Africanism.

Pan-Africanism as an idea stressed that although there is great diversity in Africa, Africans in Africa and in the Diaspora share a common heritage of exploitation by slavery and colonialism. As a movement, Pan-Africanism stressed the importance of unity and solidarity of people of African descent in the struggle to end all forms of racism, prejudice and discrimination against people of color and in the work for the liberation of African colonies.

As indicated in the activity on Africans in Britain, the first Pan-African congresses were organized and held in Britain. Britain in the early Twentieth century was host to a number of university students from Africa, the West Indies and the United States. These students came together as Pan-Africanists -Africans from all over Africa, the United States, Europe and the West Indies -to work for the political and economic betterment of Africa and Africans in the Diaspora.

The idea of Pan-Africanism is not limited to the political and economic arenas. In recent years, there has been an attempt by Africans in Africa and the Diaspora to celebrate and foster diverse forms of African cultural and artistic expression. For example, Senegal (1965) and Nigeria (1977) have hosted the FESTAC -Festival of Arts and Culture- a Pan-African cultural festival that attracts performers and artists from all over Africa, South America, the West Indies, North America and Europe. 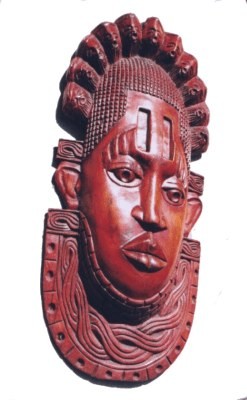 This Mask from Nigeria was the official logo of FESTAC 77 hosted by Nigeria.

Similarly every two years, Burkina Faso hosts FESPACO, the most important film festival celebrating films and videos made by Africans in Africa and in the Diaspora. Did you know that several African countries have vibrant film and video industries? To learn more about FESPACO visit the following website:
http://www.bbc.co.uk/worldservice/africa/features/fespaco/index.shtml 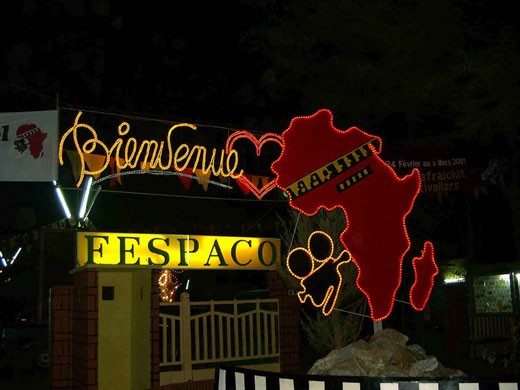 Africa is the second largest continent in the world both in terms of geographic size and population. As a continent rich in diversity, culture, history and resources Africa should continue to be an active actor in the Global Age of the Twenty First Century. Africa has much to contribute to the world and needs economic and political support from its global neighbors if it is to achieve its economic and political goals and realize an adequate standard of living for all of its citizens.

Visit the websites for each of these organizations. Spend some time exploring the information provided by each organization. As you are reading, take notes and try to find out the following information:

Your teacher will give you an opportunity to share what you have found in a class discussion.

This is the final activity of this module. Return to the curriculum, go on to Module Sixteen, or choose one of the activities from this module.