Football was introduced into Africa more than 100 years ago by the British, Belgian, French, and Portuguese colonialists. Football is also the most popular sport in most of Europe, so it is not surprising that European colonists introduced football in their colonies. Football can be a very exciting game, but part of its popularity in Africa is a result of its accessibility. That is, unlike many team sports, it does not take much money or great resources to play football. All you need is a somewhat flat field cleared of rocks, four poles (or just four rocks) to serve as goal-posts and a ball (even a homemade ball made of local materials will do). Football is accessible because it can be played almost anywhere in Africa, and by almost any healthy young person.
Beginning more than 50 years ago football clubs began to be formed in many African cities. These clubs were most often sponsored by large companies or businesses, or in some cases by government departments. So, for example, it was not unusual in larger cities for the police force, army, and railroads, to sponsor football clubs that would compete against each other and against clubs sponsored by large businesses. It was from these clubs that the best players were selected to become members of a national team.

Club football expanded with the coming of independence in many African countries in the 1960s. Some African countries were able to form an entire league of football clubs that competed over a long season to be crowned the league champion in their country. Each year the national champion teams from all over Africa compete for the African Club Champions Cup.

You may wonder about varsity football teams in Africa. Varsity sports are very important in countries such as South Africa and Zimbabwe, but in many African countries schools simply cannot afford to sponsor varsity teams. Schools cannot afford the equipment, uniforms, or transportation essential for inter-varsity sports. However, if you visit schools in rural or urban areas in almost any African country you will almost certainly find students playing football during recess periods and after school.

In the past few decades, African football teams and players have gained a solid international reputation. Today, more than 100 footballers from all over Africa play on first division professional soccer teams in Europe, South America and in the United States. Beginning in 1970 the continent of Africa was given one guaranteed place in the World Cup championships. Based on the great improvement in African football, by 1986 Africa was awarded two places, by 1998 Africa had four guaranteed places, and in May 2002 at the World Cup tournament hosted by South Korea and Japan the continent of Africa as represented by five teams: Cameroon, Nigeria, Senegal, South Africa, and Tunisia. Only Europe and South America had more national teams represented at the World Cup than Africa! This is a clear testimony to the international importance of African football! 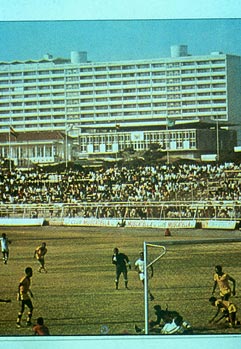 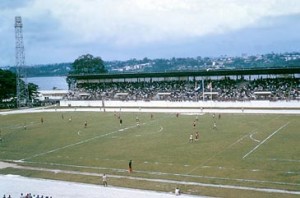 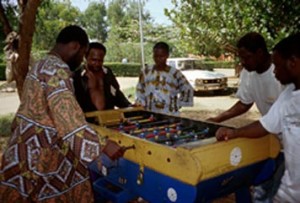