Families and Communities in Africa

Families and communities are important aspects of cultures and societies. They come in many different shapes and sizes throughout the continent of Africa, so there is no one pattern to describe them. As you know in your own experiences, even next door neighbors can have very different family situations. To illustrate the diversity of family and community life in Africa, two examples have been selected below. You will find that some things about the families and communities in the stories may seem very similar to your own society and personal life. Other things may seem very different. Read the story that goes with each picture below and answer the questions that follow. 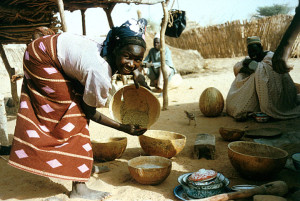 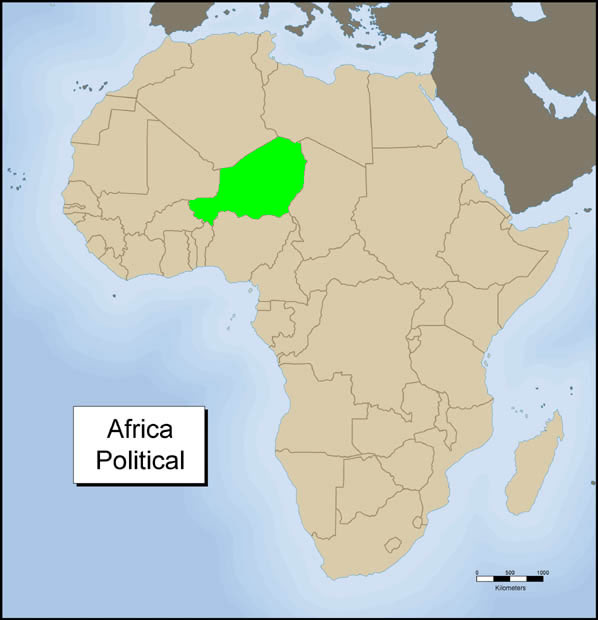 Zainebu is the oldest child in her family. She has three younger brothers and one younger sister. Zainebu is 12 years old and in her sixth year of primary school. She lives in a town in Niger where most people speak a language called Hausa.

Every morning Zainebu wakes up at sunrise and takes two large containers down to the water pump at the end of the street. There she fills them up with water for her family so they can take their morning baths. Zainebu has to get a lot of water! Not only do her brothers and sisters have to take bathes with this water each morning, but also her mother, father, and grandfather. She usually goes to the water pump with her half-sister Hannatu, who gets water for her own mother and two sisters. Zainebu and Hannatu both have the same father, but different mothers. They live in a culture where a man can have more than one wife, so their father has married two women. This kind of marriage is called polygamy.

The girls live together in their father’s family home along with their mothers, brothers, sisters, and grandfather. When families typically live in the father’s family home, this is referred to as a patrilocal culture. There are four small houses in their family home, which is sometimes called a compound. Both Zainebu and Hannatu’s mothers each have their own small house in the compound where they sleep along with their children. The father has his own house, and the grandfather has a house too. What is the fourth house for then? It is the kitchen, where most of the cooking is done.

As Zainebu and Hannatu were walking to the water pump one day, they remembered that it was a special day. Their cousin Mariama from another town was coming to spend her school vacation with them. Mariama’s father and Zainebu and Hannatu’s father are brothers. That means the girls are patrilineal cousins. Zainebu and Hannatu love having family come and stay with them. They are very close to their extended family. Extended families include relatives beyond just mother, father, brothers, and sisters. Both girls discuss what questions they want to ask Mariama about some of their extended family who live with her. They want to know how their aunt and uncle are doing as well as some of their other cousins. 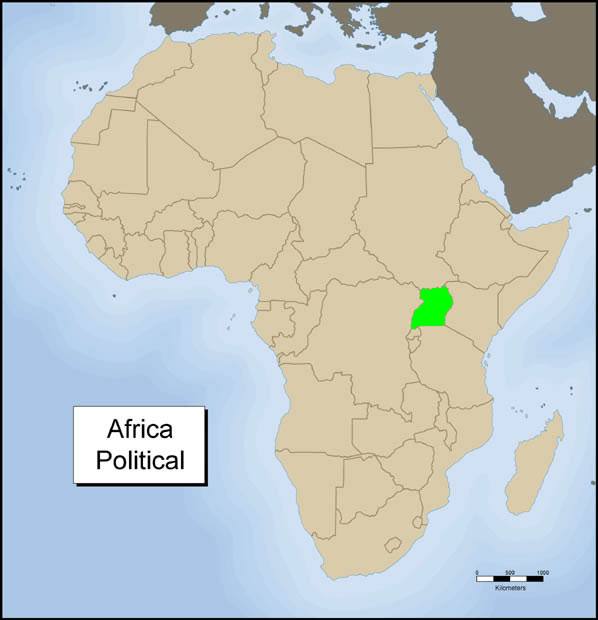 David is a student who is in secondary school in Kampala, the capital city of Uganda. Secondary school usually consists of grades 8 through 13 in Uganda. David has gotten used to living and going to school in a big city. Kampala has over one million people living in it. David lives in an apartment with his older brother Eric, grandmother Florence, and cousin Ronald. Except for David’s older brother, his nuclear family lives in another city about 50 miles away from Kampala. A nuclear family usually refers to a mother, a father, and their children.

David likes living in Kampala. He has made some good friends at school who get together twice a week to play soccer. They meet after school and use the school athletic field.

David’s brother Eric came to Kampala to find work. He wanted to save money to send home to his mother and father to help them with expenses for his brothers and sisters. Eric also is starting to save money for his own wedding, which he is hoping will take place in about a year. Eric did well in school and was able to get a degree in accounting. Now he has a job at a bank in Kampala.

David’s cousin Ronald is a good friend of his. Ronald’s mother and David’s mother are sisters. This makes them matrilineal cousins. Both of them have made friends in the neighborhood with a group that likes to play sports together on the weekends. Often in the evenings, this group of friends congregates outside David’s apartment building to sit and chat as they watch the stars.

David’s favorite nights are when Grandma Florence decides to come out and join him with his friends. She tells them about her life in a small village when she was a girl and how she met her husband years ago. When they were newly married, she and her husband moved to Kampala because her husband got work there as a school teacher. They have lived in Kampala ever since. Five years ago Grandma Florence’s husband passed away, and her three grandsons David, Eric, and Ronald came to live with her. Grandma Florence is their matrilineal grandmother. That means that she is the mother of their mothers.

When you have finished the questions for story #1 and #2, go on to Activity Four or go to one of the other activities in the module